Since 2000 I have made several journeys to Darwin and the Northern Territory, the northern frontier of Australia and the coastline where illegal immigrants come to land by boat from various parts of Asia.

At first I made drawings of fishing vessels as seen in the collection of the Art Gallery and Museum of the Northern Territory. I was initially attracted to the boats as objects out of water, but over time became increasingly interested in the stories of the people who travelled in them. The two boat images in Memory of Darwin 10 were developed from drawings of an outrigger canoe and a ‘happy boat’ from Indonesia. When I tried to locate actual illegal fishing vessels I discovered they had been set on fire and burnt by Australian authorities off the coast of Darwin.

This image was made in two stages. The boats and blue sea were printed in 2004. In 2010 I added the black and white sections and completed the edition. 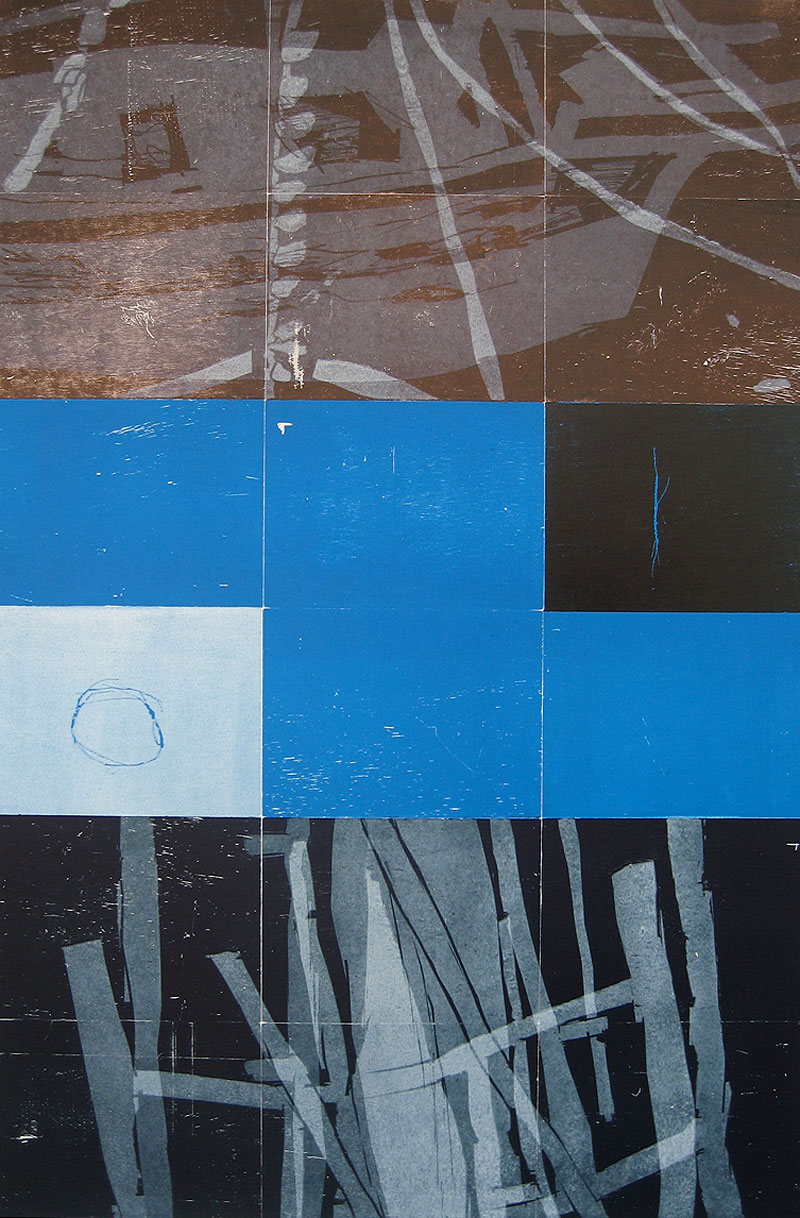