Fringe Dweller is a survey exhibition of approximately forty images covering the period from 1990 to 2010.

The impetus for this exhibition was to show a series of figurative paintings made in the 1990’s, which explore the themes of desire, sexuality and identity.

Works on paper, including mixed media drawings, etchings, linocuts and lithographs, have also been chosen to complement and extend these themes.

It will be the first time this core body of work using various media has been shown together, with all images making reference to the figure in some form. This is my second solo exhibition at Hardware Gallery, and follows Remnant held at Depot 2, Danks Street in 2010.

Lew Palaitis, the director of Hardware Gallery, encouraged me to show the relationship of paintings to prints and drawings, and to stage this exhibition at the same time as Mardi Gras 2011 as part of the celebration.

Outside floating, on the edge trying to locate a place, a place to call home, a place where one arrives, rather than is always arriving. Jumping hoops, in search of an identity that is constant rather than fluxing. A figure locates, or anchors constant movement towards. A figure that is armless and resembles a Wandjina, and says ‘this is. When will I grow arms?’ Like a tattoo, like a branding, like a birthmark – pink, blue-pink and as my father said, ‘your birth mark will always tell us who you are’.

Looking back over a body of work, the figure appears in images. It claims a space. Its first manifestation was a palpable event, like a birth. I was carving a piece of wood and a single eye appeared, a Cyclops, it stared back at me and said ‘who are you? I am you’.

Over the years it has demanded space, demanded attention, and I gave it space and a place to be.  It is a Chinese abacus notching up wins and losses, it is an accountant of ravenous desire, it is a record of existence, and an inventory of disappointments. In due course it developed working genitalia and all that entails.

I have a special place for it: I tend it as if it were my child, and then I beat it and put it away to remain out of sight. It re-emerges catlike, perverse and of its own accord.

Raise your glass to its persistence and survival…despite its sometimes lack of grace and vulnerability.

Looking back over the body of work made, images referring to the figure have been a constant theme. The figure is often depicted as a simple outline, and the origin of this form is uncertain. It suggests spirit figures as seen in aboriginal art. It also reminds me of stages of artistic development as espoused by certain psychology books – ‘arms will appear later’. Whatever its origin it has asserted itself as a survivor, and I carry a certain amount of affection for it. It may be an alter ego, or a child I have raised, or the keeper of a diary who reveals the deeper truths.

In the 1990s I made quite a few paintings in which many figures appeared. The change of medium from print to painting opened the door, and unleashed a series of sometimes bold and uninhibited canvases. These paintings remind me of jazz and were influenced by the late paintings of Matisse. The subject matter of these works – desire, sexuality and an emerging ‘gay’ identity- surfaced in raw and direct ways. I took the que for this exhibition from these paintings and selected prints and works on paper that also explore similar themes. A timeline emerged from  !990 to 2010, tracing the ongoing business of ‘coming out’.

Similar qualities appeared in prints made at the same time, as seen in etched lino prints, etchings, lithographs and woodcuts. In this exhibition I have chosen to show mainly black and white prints, as these are the most direct versions printed from blocks and plates.

The works on paper, using gouache, watercolour, brush and ink and various drawing materials, were often made to develop ideas, and to record responses quickly. Some of these were developed further using various print media.

Why show these images now? February is Mardi Grass month, and this time has special meaning for gay people. The party and celebration is not what it used to be, but it is a time for reflection to see what has been gained. Much acceptance has been won over the last few decades, and the fight is still on for same-sex equality. Looking back I see tremendous change, from isolation and the painful process of coming out, to the gradual finding of both self and social acceptance. An identity has been forged. A place has been found.  The images in Fringe Dweller trace a personal journey of self-discovery and experience, travelled over the last few decades through to present times. 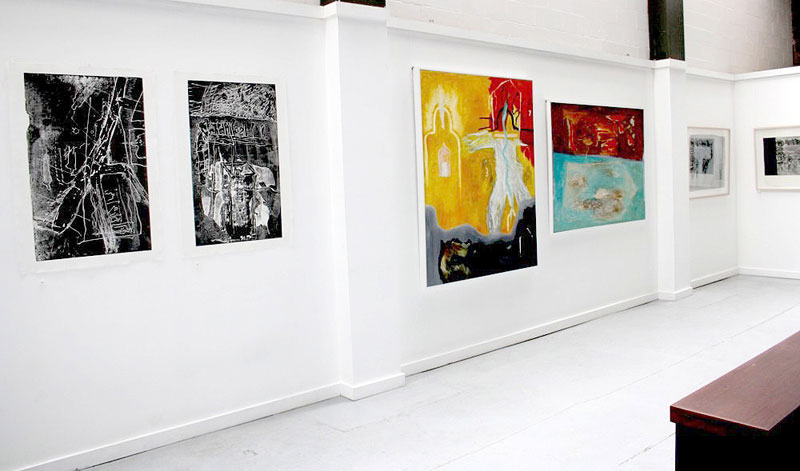 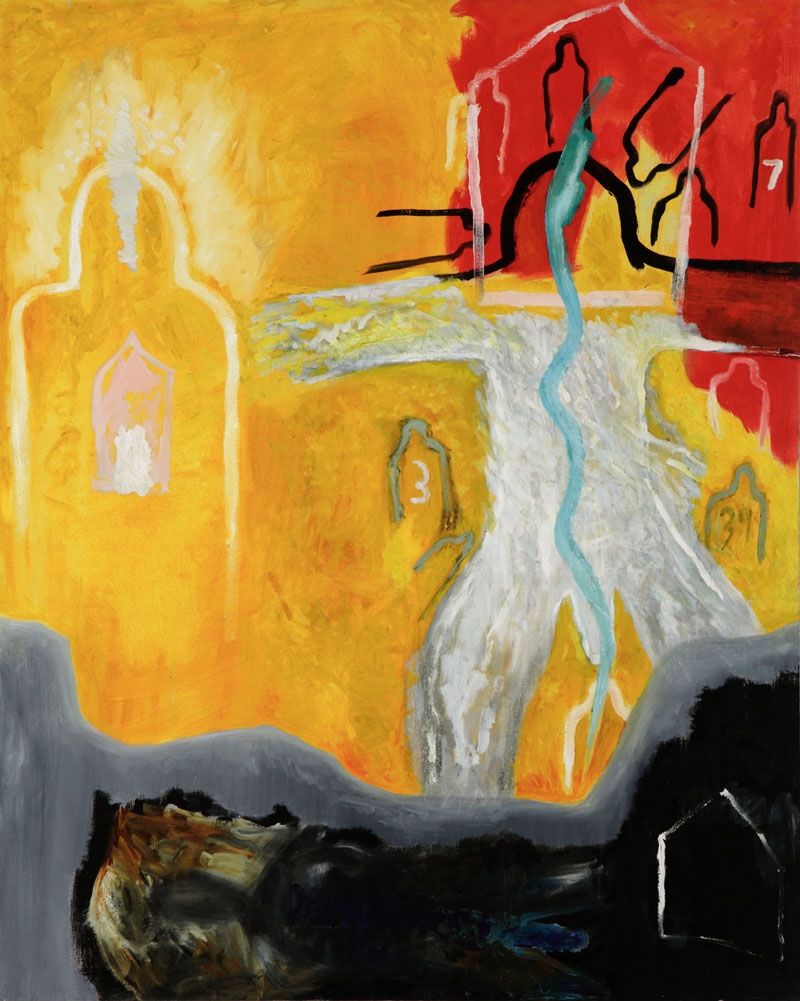 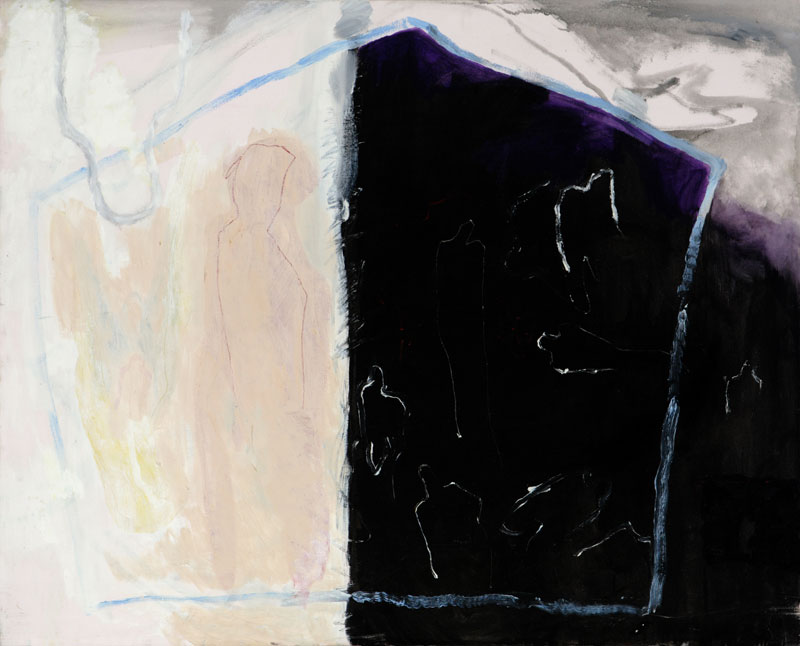 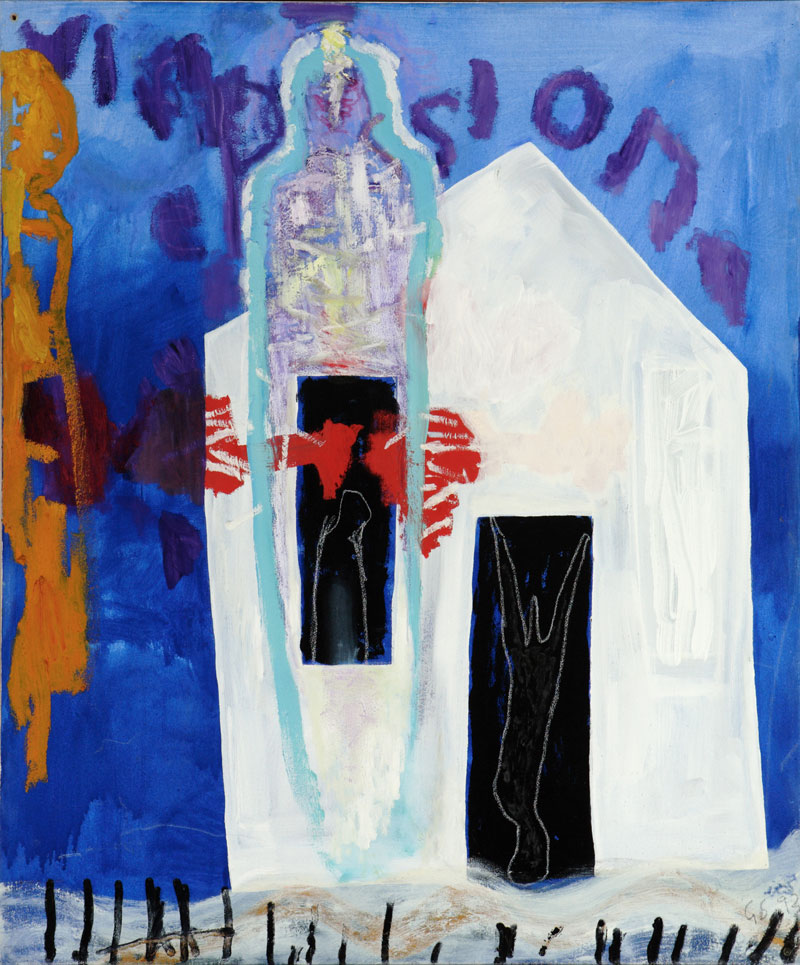